I appreciate that Cupra Born's are made in the same factory as the VW ID.3, but I was wondering if there was any perceived difference in build quality.

I would think that as it is the same factory, it will be down to the components used, and most of these are probably identical.

The reason i ask, is that the SEAT Ibiza doesn't feel as good as the VW Polo, but I guess these are made in different factories (Spain, Germany) , with different components ?

Not sure what you think goes on in a car assembly plant with multiple models being produced.

They're all screwed together the same way, using the same fixings - global standards in assembly, to be efficient, assure consistent quality control and minimise the hit in warranty claims.

If you pull any VAG car to bits, you' find parts with Audi, Seat, Skoda, VW etc stamps all over them. For a car such as the ID3 that ate identical under the skin, the only differences are in the individual designs of components like wing mirrors, external and internal trims. VAG don't intentionally fit inferior items to Skoda vs Audi. The differences are only skin deep, with more leather and softer plastics on the posher trims.

When I was pulling my A4 interior out to get my dashcams fitted, it's the same fixings - Torx screws and trapezoid spring clips fitting into slots on the bodywork.

My Born feels no more solid or flimsy than the ID3 it replaced.
His: Born 230ps E-Boost V2 with L-Tech pack in Glacial White


Great, thanks, that is what I wanted to hear.

I'm just over halfway home with our second Cupra e-boost, brand new today. Charging onM1 near Leeds, took a few pics for the missus and I spot a defect. - a gap where side skirt meets body, beneath front passenger door: 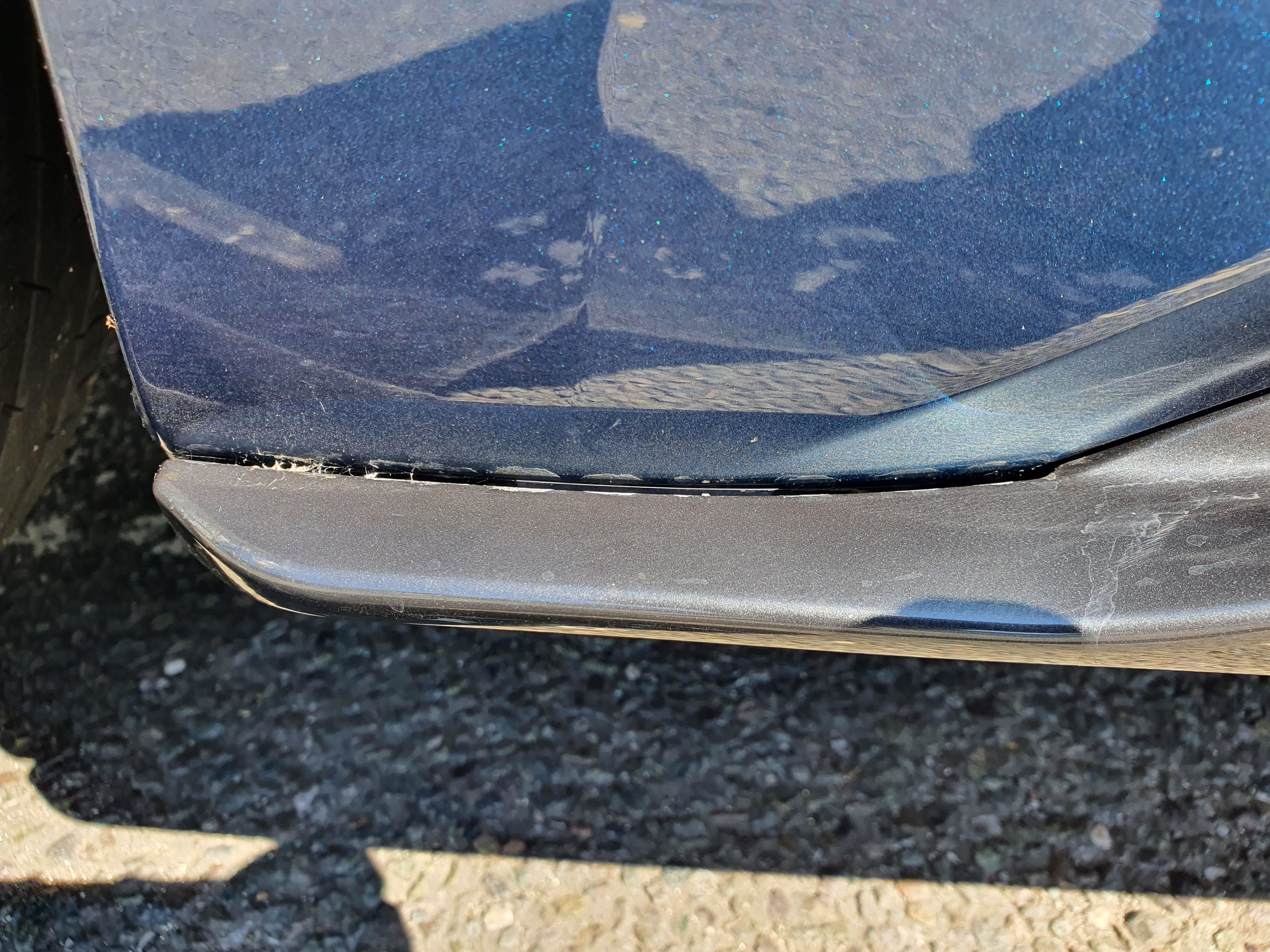 A gap or blue on the side skirt? I checked mine over but the gaps seem constant. The tailgate gap to body when closed is big though. I am wondering if I can adjust the catch and stops to close it up.
ID3 LIFE 150kW 2020 sold Jun 22
New ID3 due Nov 2022 or ever!!
Born V2-Tech L collected June 22
Top

It's a gap. I'm assuming what you think is blue on a side skirt is a shadow from the top of my head.

As Seat/Cupra seem to be massively underrepresented among the VAG dealerships in the UK, my 2 local groups that have Seat/Cupra dealerships have no affiliated bodyshop, so it was a pain to try and sort, bit of a chicken and egg situation - bodyshop needs a service centre to sanction the work, service cetre doesn't want to do anything because they know nothing about bodywork. So I had the runaround with my most local Seat dealership - Bristol motors in Newcastle, so tried Pulman, Durhm. Met someone up there who measured the gaps with sized shims, incorrectly I might add, to make the gap seem smaller than it was and try to persaude me not to bother. I showed him there was some play in the area secured by a torx bolt and suggested that perhaps it was loose, or hadn't been nipped up under tension to close the gap.

He wasn't sure, and I didn't want to risk overtightening a fixing that for all I knew may have just had a very coarse thread biting into underseal, so he referred me to someone he knows at BMW Vertu Sunderland (Boldon) bodyshop that they defer all their bodywork to. I've been there before and they are an excellent bodyshop. I showed the guy the issue, told him about my suspicions with the torx screw, so he slackened it off and I pushed the end of the sill in while he tightened it back up - it's now as it should be.

Tomorrow i'm getting a bit of the front end resprayed because I have a 5 paint chip cluster from a single impact on my motorway trip hme with the car yesterday, despite driving like a nun and keeping a huge gap between me and the car in front. Not a great start to ownership - but newish waterbased autopaints are really soft, with a long curing time - usually having a delay in transit pays dividends for paint hardness.

I have looked into clear protective films - my local service provider with an excellent reputation just quoted me £1300 for the whole front end, including A-pillars and wing mirrors - bargain! I could get 2 full front end resprays for that money - prevention is much worse (more expensive) than the cure it seems!
His: Born 230ps E-Boost V2 with L-Tech pack in Glacial White