5 key features of the Cupra Born

The countdown has begun. But with just a few days to go until the global unveiling of the CUPRA Born, the CUPRA team’s head of design, Jorge Diez, explains its main features and provides some details that have never been revealed before. Its creation has been a great challenge and, as he assures us, a great satisfaction at the same time. “Designing CUPRA’s first 100% electric car has been a dream come true for the team.” Below is how he explains the keys to its design. 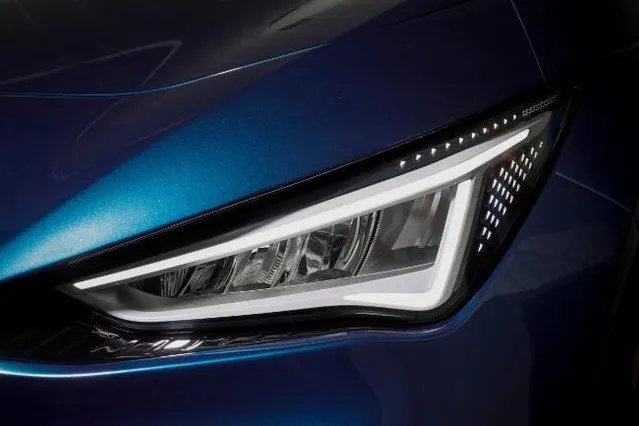 -The balance of its proportions. According to Diez, this is the key to creating emotion in an electric car. And in the CUPRA Born it is defined by two pillars. Firstly, the wheels are spaced far apart to accommodate the batteries. “This enabled us to create a totally occupant-centric design with a very spacious interior” he says.

Meanwhile, the proportions have also been worked on to give it a highly sporty look. “This is reflected in an extremely fast A-pillar combined with a long wheelbase and short front and rear overhang, which will make driving the first 100% electric CUPRA truly fun” he adds.

According to the Head of Design, the CUPRA Born’s front-end is a perfect reflection of its attitude

-CUPRA character. According to the Head of Design, the CUPRA Born’s front-end is a perfect reflection of its attitude. “The headlights identify with a person’s face, so we’ve angled them a little more than usual to express the character and gung-ho determination of knowing what you want and going for it” he explains. Character and determination which are further accentuated by the prominent air intake at the bottom of the car to keep the car close to the road.

-New lines. Jorge Diez previews the never-before-seen rear of the CUPRA Born. “We’ve emphasised the width of the car with a horizontal light signature, and combined it with a very pronounced diffuser, which increases the car’s efficiency and aerodynamics. We know that electrification has to go hand in hand with efficiency, and in this respect, the team has combined the two in a perfect way” he says. “On the side, we’ve created angular shapes on the shoulder line and stretched the window graphics for a greater sense of tension and speed” he adds.

According to Diez, the balance of its proportions is the key to creating emotion in an electric car

-Barcelona in its DNA. The Born district not only lends its name to CUPRA’s first 100% electric car, it has also inspired its design. “We’ve given the vehicle the combination of light and shadow that defines Barcelona and that can be seen above all in the interior, through completely new materials and textures” explains Diez. The CUPRA team has used textures with parametric dynamism and state-of-the-art technologies such as laser cutting for the highest precision. The interior features copper-coloured elements, the brand’s hallmark. “The result? An environment totally focused on driving enjoyment” he says.

-Instant emotion. “One of the most important missions we have as designers is to convey emotions through our vehicles” Diez says. And the CUPRA Born will be no exception. “Electric vehicles don’t have to be boring, and the CUPRA Born is proof of that. When people see it on the street, they’ll want to drive it, and this is the greatest reward for the team’s work” he concludes.
Top

I didn't know about half of these and I have been reading up about the car for a while. I love how feature-packed and user sensitive everything is.

Like I feel as if they have thought of everything and the best way to build it into the vehicle.
Top
Post Reply
2 posts • Page 1 of 1